As part of our mission to foresee a green, environmentally-sound future for Israel, its neighbors and the world, we’ll be occasionally featuring blogs from the regional blogosphere that also care about all things green, especially those in Arab countries where green issues are relatively undeveloped.

Last week we featured environmental blogs from Lebanon and Jordan, and this week we’ll be featuring some of Egypt’s environmental voices. Maryanne Stroud Gabbani at Living in Egypt wrote about garbage dumping at the Sakkara archaeological dig sites, and also recently wrote about the wheat harvest in Egypt and how it has changed over the years. The wheat used to be threshed by cattle walking on it, but now these processes are done by machines. The spring ritual of the wheat harvest (which we celebrated this week with Shavuot) is especially emphasized this year because of the recent food price hikes.

A new blog called Egypt Farm is written by computer programmer Ashraf Al Shafaki, who is using the blog to illustrate his childhood dream of being close to plants and nature in his beloved Egypt. This week he wrote about apricots, and how Egyptians grind up and eat apricot kernels.

This week there was also a conference called “Regional Future of Sustainability Debate in the Arab Region: Voices from the South” held in Alexandria, which Batir Wardam from Jordan wrote about and attended. Things that were discussed included the future of renewable energy, and trends related to water, energy and the environment. 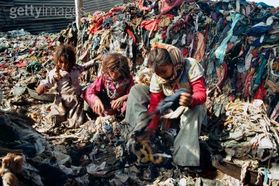 NPR also recenetly reported about the Zabaleen (which literally means “garbage collectors”) community in Cairo that recycles about 80% of the city’s trash in the slums, where they live. The zabaleen sort through all of the trash by hand, finding a use for every single thing and as a result they have practically no carbon footprint. Proctor & Gamble has gotten involved with the zabaleen community by setting up a school to teach children how to recycle plastic.

2 thoughts on “Voices From the Green Egyptian Blogosphere”