It’s estimated that the temple was built in the late 10th or early 9th centuries BCE and was used for worship until the early 6th century BCE. These estimated dates bring it into the time during which the David’s Temple in Jerusalem functioned as the Holy Land’s religious center and governmental authority.

Archaeologists Shua Kisilevitz of the Israel Antiquities Authority and Oded Lipschits of Tel Aviv University’s Institute of Archaeology recently published research into the excavation in the January/February 2020 issue of Biblical Archaeology Review. 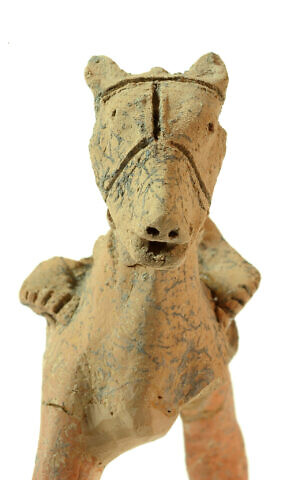 Motza has been inhabited for close to 9,000 years. It was a fertile agricultural center, a major hub for grain storage, and famous for horse breeding in ancient times. Crucially, it was also a crossroads linking the south to Jerusalem, bringing pilgrims, merchants, and emigrants through the region, which increased its economic importance. ​

Findings suggest that the government centered in Jerusalem’s Temple recognized the religious needs of non-Hebrew populations. Or one might consider that as Motza was an important economic center largely populated by cult worshipers, it would have made sense for the government to allow the building of this temple. Being close enough to Jerusalem, it would have been easy to keep an administrative eye on it.

“You could not have built a major monumental temple so close to Jerusalem, without sanction by the ruling polity,” said Kisilevitz.

The cultic temple is laid out according to the same plan as David’s Temple, with the east-west orientation typical of sites of worship of those times; a rectangular building, and a fore-court where congregants would gather.  The archaeologists note that this plan was commonly used to construct temples in the Near East, such as those in ‘Ain Dara and Tell Ta‘yinat, Syria, The Motza temple feasibly could have been built  by Syrian workers, as was also the Temple in Jerusalem. “Definitely there was cultic activity going on throughout the region. I think at some point we will find more temples.”

Lipschits states, “Our discoveries thus far have fundamentally changed the way we understand the religious practices of Judahites.”

Among other findings are an altar and a wealth of artifacts, including animal and human figurines, bowls, cult stands (ceramic or stone stands for ritual use) and a pit where animal bones, presumably sacrifices, and discarded ritual objects were respectfully laid away. 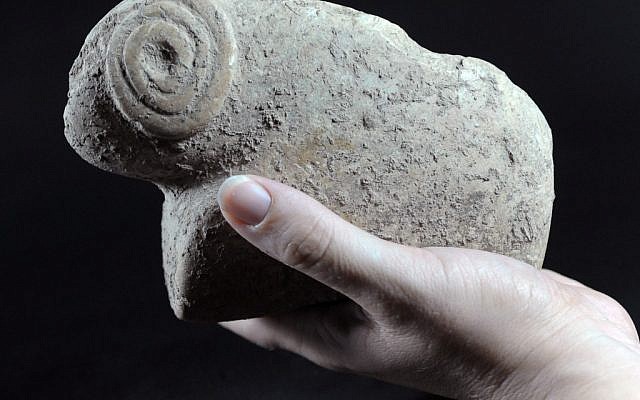 The variety of gods identified by figurines and representations on other objects points to the temple being dedicated to no one particular god, but to a pantheon,  including  the  bloody Ba’al  and  the  fertility goddess Astarte.

The researchers say that discovering when the temple stopped being used as such is a key issue. King Josiah’s reforms, ca. 640-609 BCE, would have caused it to shut down for cultic worship – but when or if this site was affected by those reforms is still unknown. It would be nice to think that, through a stroke of luck, some sort of document will be unearthed to enlighten us.

“All we know so far is that when it was constructed, the Motza temple was likely the undertaking of a local group, but by the Iron IIB period, it was clearly under Judahite rule and must therefore have been royally sanctioned by the realm. The rest remains to be discovered,” the archaeologists wrote.

Excavations began in 2012 and continue, as the site has not been fully uncovered. The team working there in the 2020 and 2021 seasons will comprise staff from Tel Aviv University, Prague, Germany, and UCLA.