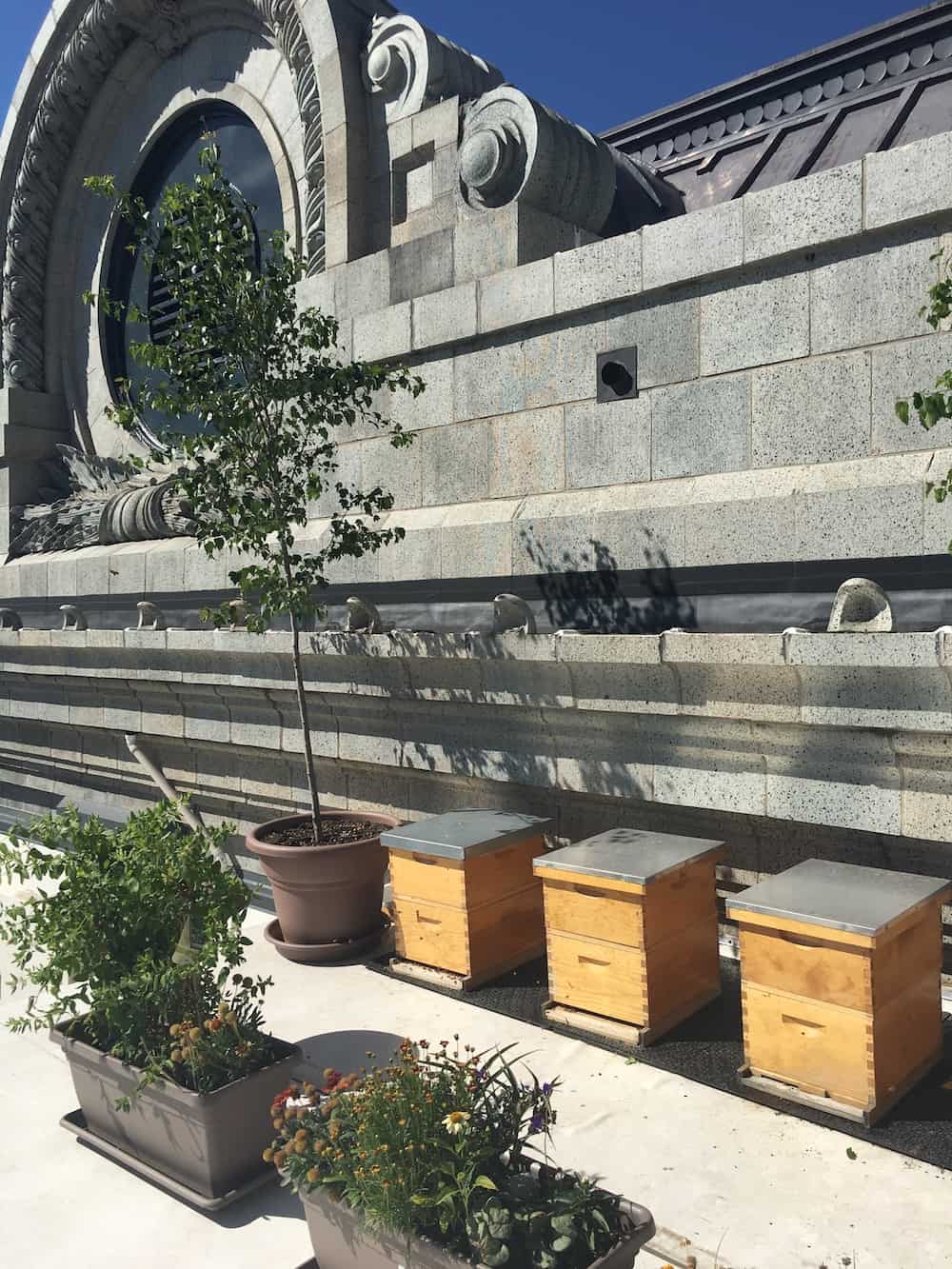 Urban bees carry pollution with them back to the hive. Researchers then test to see what’s inside. Honey in Paris now contains lead after the massive Notre Dame fire.

Years after the Notre Dame fire in Paris Parisians are still feeling the health effects whether they know it or not. According to a recent study reported in the Smithsonian local urban honeybees in Paris were collecting pollen with unhealthy amounts of lead in it. Imagine then how those suffering from the explosion in Beirut might deal with the immediate catastrophe. Greenpeace reached out to us with a guide for Beirut:

The explosion that took place at the port in Beirut appeared to happen in a facility storing approximately 2750 tonnes of the chemical ammonium nitrate which is used to manufacture fertilisers and explosives. This is the latest in a number of serious explosions involving ammonium nitrate stretching back to the beginning of the 20th century.

Fires like this emit large quantities of polluting gases, particularly nitrogen oxides (NOx). The orange colour of the smoke plume was due to nitrogen dioxide. This orange colour was also observed in the plume as it dispersed over the city and nearby region.

Other materials involved in the fire and explosion will generate combustion products such as PAHs (Polycyclic Aromatic Hydrocarbons) and soot particles. These chemicals and fine soot particles are also potentially hazardous to health.

It is possible that NOx will react in the atmosphere to form ozone, another harmful gas, while the large quantities of NOx released into the atmosphere may cause deposition of acidic material in downwind areas. It is also likely that the incident will have produced significant amounts of primary and secondary particulate matter pollution. The precise impact will depend on the concentrations of harmful substances produced, together with the amounts that are deposited on surfaces and returned to the air as a result of clean-up operations.

The fires have been extinguished the most severe air pollution episode will
now be over, but, even so, some people may have been exposed to significant air pollution. At this point, the health impacts most likely to be reported in the short-term include breathing difficulties, together with possible eye and skin irritation.

In the case of serious symptoms medical help should be sought. The most vulnerable individuals are likely to be the very young and the elderly, and those with underlying heart or respiratory conditions may be particularly vulnerable.

To protect against inhalation of particulate matter, suitable masks (N95 or, ideally, FFP3 type) or face coverings should be worn outside, or in any dusty environment, to guard against exposure to dust and particulates.

Guidelines to protecting your health in Beirut:

1. Children, the elderly and other vulnerable people should remain in a cleaner, indoor environment when possible. Where damage prevents this (it is clear that many windows of homes have been shattered) vulnerable individuals should be sent to a safer place away from the immediately impacted areas, where they can be sheltered and secure.

2. Where damage allows and where energy is available, homes should be thoroughly cleaned while wearing a mask or face covering:

● Keep hands, face and skin clean and protected
● Once cleaned, the windows and doors should be shut.
● Debris should be removed using thick gloves, avoiding cuts from glass and sharp materials.
● All flat surfaces should be washed with soap and water, and wet cloths should then be dried to remove dust and particles.
● Soft furnishings should be vacuumed clean and where possible, machine-washed.
● Outside areas, such as balconies and courtyards, should be washed down if possible.
● Domestic air-conditioning should be used if operable and undamaged and won’t allow particles in from the outside

3. Continue to observe all possible precautions against COVID-19, including wearing a mask, particularly where people gather or shelter together, as medical facilities are presently overwhelmed and might have reduced ability to treat patients.

4. All fruit and vegetables should be washed thoroughly in clean water before consumption (including vegetables which are normally peeled) to protect against ingestion of deposited contaminants.)

Long term environmental effects will no doubt be realized later.cata